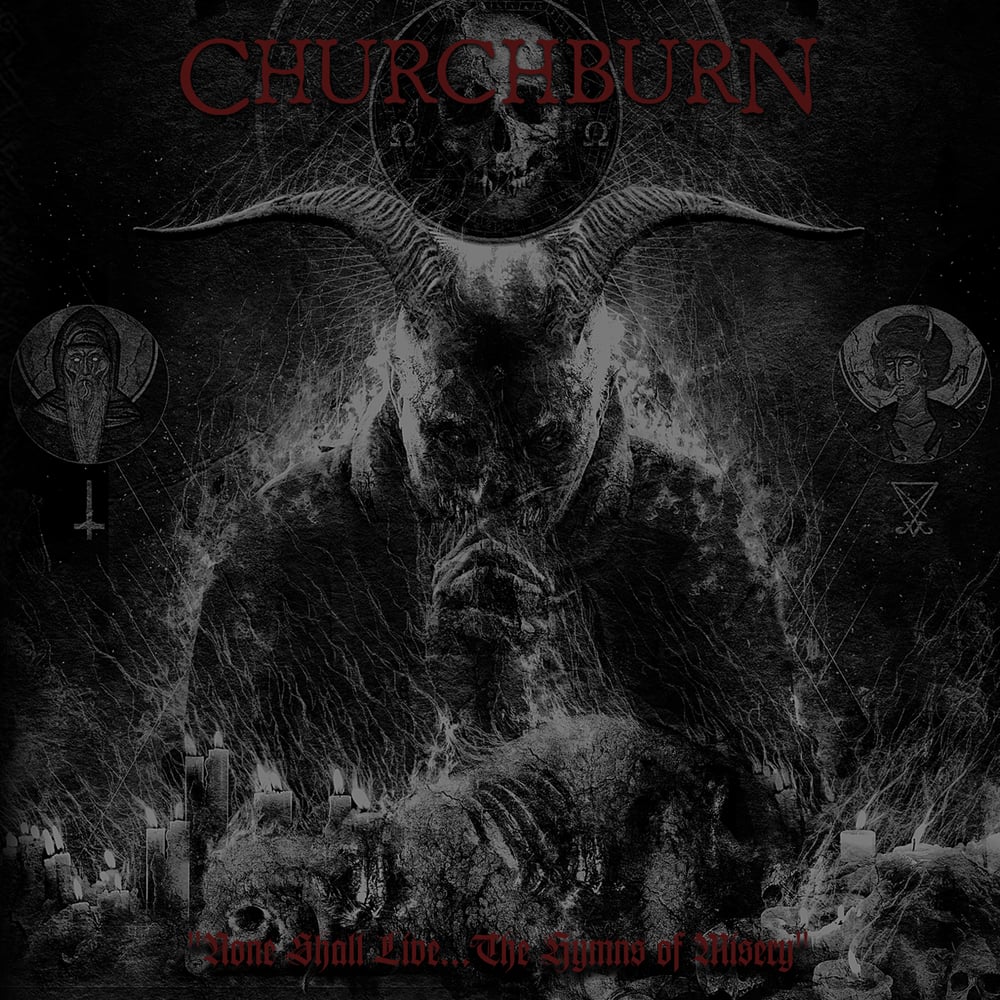 CHURCHBURN "None Shall Live... The Hymns Of Misery" LP

It's been 4 years since "The Awaiting Coffins" was released. Churchburn is proud to finally unveil the new album: "None Shall Live...The Hymns of Misery". To be released once again via the Armageddon Shop store label.
Recorded, engineered and mixed at Machines With Magnets by Seth Manchester: machineswithmagnets.com
Mastered at Audiosiege by Brad Boatright for maximum hearing damage: audiosiege.com
We're proud to feature the artwork by the dark mind of Nestor Avalos. He went above and beyond our highest expectations to create this sick piece of art for us: nestoravalosofficial.com
For added discomfort within the music, we had two special guests: Andy Grant of The Vomit Arsonist for his black ambience. Our metal brother, former member Mike Cardoso on backing vocals. Churchburn have also brought on two new members, both of whom have already made their own marks in previous R.I. bands: Timmy St. Amour (Howl) on guitar and Derek Moniz (Headrot, Wreak, Black Acid Prophecy...too many to mention) on bass. Their input and musicianship really show on the new songs and recording.
All photos for the new album shot by Mike St Onge.
Thank you to those who helped in funding some of the studio cost by buying merch and your continued support of Churchburn. We hope you dig this album as much as we do.
Churchburn 2018

Churchburn is the musical collaboration between two of the undergrounds masters of misery. Dave Suzuki, best known for his mesmerizing guitar work and brutal drumming in Vital Remains and Ray McCaffrey, who carved out sonic drum patterns for Sin Of Angels and Grief. The two have set out to share with the world their love of the riff. Not only the heaviest but also the most haunting. Each song is crafted with the most sinister of intent. Churchburn want the listener to feel a true sense of dread as each song progresses. Revamped 2017 Line up includes Timmy St. Amour (guitar) ex-Howl, and Derek Moniz (bass) ex-Headrot and many others.